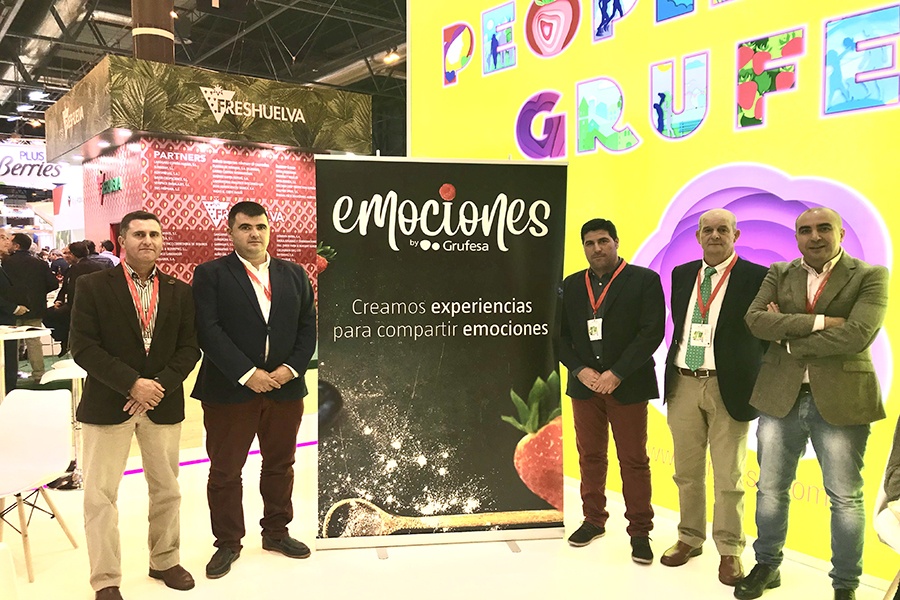 At Fruit Attraction Grufesa announced the forthcoming launch of ‘Emotions by Grufesa,’ its newly designed campaign aimed at inspiring consumer creativity in the kitchen by creating culinary experiences and sharing emotions that arise from the suggestions of renowned local chefs. These pair berries and local ingredients to promote their consumption and various culinary potential, as well as showcase the environment.

The campaign is another strategic effort to consolidate the ‘People make Grufesa’ model which focuses on what people do, recognising the importance of Grufesa’s workers in the production value chain, as well as the central role of the consumers.

Grufesa has the backing of renowned restaurant owners in the province to help get the campaign off the ground, sharing their knowledge and experience in creating dishes with berries and typical products from all over Huelva to encourage the participation of the province and its visitors and promote consumption.