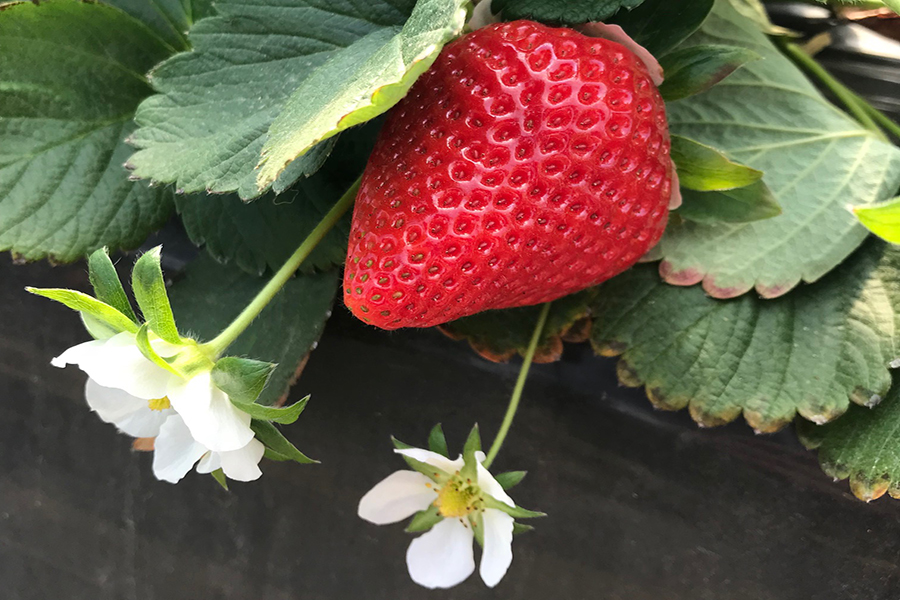 Grufesa has now begun to market the first strawberries produced at its farm site in Cabezas de Alambre (Ávila), where a production area has been under development since last year with the aim of supplying the markets all year round in response to their needs and demands.

“We have been marketing strawberries produced in Ávila for nearly three weeks, for the second year in a row. This consolidates the pilot project that Grufesa launched last year following the good results obtained,” explains the company manager, Carlos Cumbreras. At the Cabezas de Alambre farm site, the company also has more than fifty hectares allocated to cultivating strawberry seedlings, ready for planting in its partners’ farms in Moguer.

The varieties produced at Ávila, to be sold mainly within Spain, are San Andreas and Portola, and their production is currently exceeding expectations in relation to last year’s yield. “It is clear that in this, our second year of experience, we are doing better on a production level, as the strawberries are good, with a good size, good taste and a greater yield than last year,” the manager pointed out.