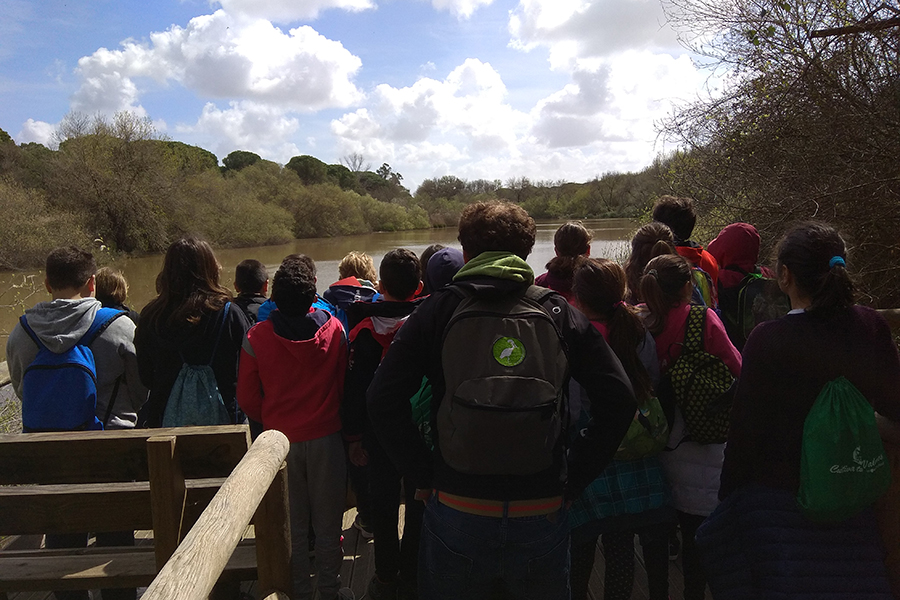 300 primary school pupils from Moguer and Mazagón have been learning about the importance of water and its smart, efficient consumption to help protect the natural environment of Doñana and its surroundings, in the second learning session of the second edition of ‘Cultivate your Values’. This educational campaign, sponsored by Grufesa, is a way of raising awareness of the socio-economic importance of the strawberry sector through an integrated project of values education that strengthens the identifying traits and contributes to the personal development and social progress of future generations.

Fifth-year pupils at Zenobia Camprubí, Virgen de Montemayor, Pedro Alonso Niño and El Faro schools enjoyed a visit to Doñana Park, one of the greatest examples of nature conservation on a global level, where they could see for themselves the importance of the water resources that sustain the natural area and how they are optimised in order to preserve the environment, ensuring a protected habitat for its flora and fauna.

They were also able to see the devastating effects of the fire that razed more than 8,000 hectares of Doñana, along with the regeneration work being carried out by the public authorities and social organisations in order to reforest the affected area.

The campaign, which has involved the collaboration of the local Moguer Council and the Obra Social La Caixa, has reached almost 1,500 students aged between 7 and 12 in 57 primary education classrooms from the schools Zenobia Camprubí, Virgen de Montemayor, Pedro Alonso Niño and El Faro.